A Few of Anaheim Early Residents

What Happened to Paquito? 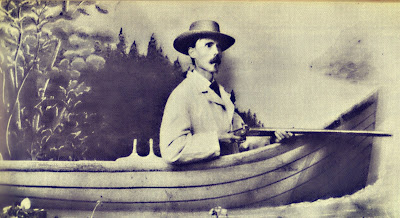 Paquito Pellegrin, as seen in this photo, ran Pellegrin P. & Sons in Anaheim, specializing in jewelry and sewing machines. Besides working for the family business, his son Edward managed Reiser's Opera House on Center Street, while the other son Alfred ran the first photography studio in Anaheim.

Paquito Pellegrin was a native of Switzerland. He married Julie Aubert in Kentucky around 1857. Their union produced two sons, Edward and Alfred. According to genealogy forum posts, his great grandchildren did not know what happened to Paquito or his wife. They believed Julia died in Ohio in 1864, but have no record of death for Paquito. He was a watchmaker in Anaheim, but later he allegedly "got lost" in Nogales, Mexico.


The question is, did he find his way back?

Well, he went to Nogales, but not in Mexico, in Arizona.  In fact, according to newspaper articles dug up by John Marshall, Paquito opened a store there in 1896 in the old Pascholy building. His son, E.J. Pellegrin was to operate a grocery store on one side and Paquito would operate the jewelry/watchmaker store on the other side.  It appears that he remained in Nogales, Arizona for the short remainder of his life. Only one year after opening his store, Paquito Pellegrin passed away on October 23, 1897.

"The funeral took place from the family residence at the corner of International Street and Morley Avenue, Sunday morning at 9 o'clock. Services were held at the cemetery and many friends of the family were present."-- The Border Vidette, 10/30/1897. 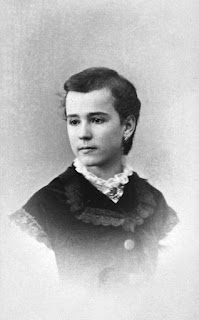 Daughter of a Pioneer

Matilda Rimpau was the daughter of Anaheim Pioneer Theodore Rimpau and his wife, Francesca Avila. She was also the granddaughter of Don Francisco Avila, the Alcalde of Los Angeles and one of the richest ranchers Los Angeles.

Interesting fact to note: Don Francisco owned the Rancho Las Cienegas and the the Avila Adobe on Olvera Street (which is the oldest standing house in Los Angeles).

One of fifteen children, Matilda Rimpau made her own mark in Anaheim's history by being the very first student in the Anaheim school system to earn her diploma, graduating from high school in 1880. Sadly, on August 30, 1893, Matilda was overcome with consumption, passing away at such a young age. She is buried at the Anaheim Cemetery along with other members of her family.

A Picture is Worth A Thousand Years...and this photo shows real love! 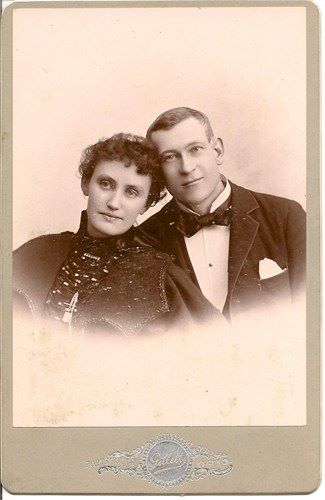 Here is an interesting and heartwarming photo of a happy couple that is buried in the Anaheim Cemetery. I haven't been able to find records as to when they moved to Anaheim but records indicate they died there. John and Louella Bryson both passed away within 5 years of each other, with Louella dying at the age of 41, in 1908, while John died in 1913, at the age of 43. They are buried together and share a joint headstone marker. (photo from ancestry.com)

Captain Andrade - In His Younger Years 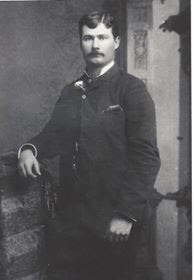 Here is a rare photo of Anaheim Police Captain Marcus Andrade in his younger days. He was a member of the Anaheim Police force for 23 years, serving as a patrolman, Desk Sergeant and Captain. (photo via findagrave) 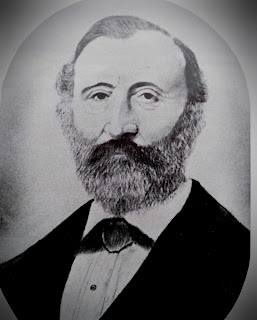 Dr. John Augustus F. Heyermann  (born: December 11, 1818 - died: February 1, 1888) Dr. Heyermann wasn't just Anaheim's very first physician, but he was also the first physician in Sonoma County as well. He also operated a drug store that he and friend, Robert Freund started on the corner of 4th and Bryant in San Francisco, prior to his move to Southern California. His marriage to his wife, Sophie was also listed as the very first marriage recorded in Sonoma County on December 21, 1851. Their union produced a daughter, Catharine who in turn grew up to marry Joseph Backs, of Backs and Terry's Mortuary which was located in the original downtown district. Dr. Heyermann remained in Anaheim and was later buried at the Anaheim Cemetery along with his wife who predeceased him by three years. -

Photo sources include: Findagrave; Ancestry.com; the book, "Anaheim: A Historical Reflection, The Bicentennial Edition, 1776-1976"; and the Anaheim Public Library Archives.